A blaring alarm sent my eyes sputtering open, a handful of extra minutes were lost while I lingered in bed, and a pot of water started to boil in anticipation for my habitual coffee.

On most mornings there isn’t a sense of urgency, however this particular Saturday was different.

Instead of slowly sipping on a savory cup of steaming joe, I guzzled it down like a thirsty fiend, hastily started throwing random articles of clothing into a suitcase, and marched out the door without saying bye to my parents.

The sun hadn’t even started to rise and already I was buckling my seatbelt, with the views of my house disappearing out of sight from my car’s rearview mirror.

Why was the day progressing this way?

A couple weeks ago I got in touch with two really close friends, Kyle and Charley. We hadn’t seen one another since their wedding up in Missoula this past July, and inside I felt like it was a good idea to pay them visit. I was craving some time away from the Bay Area, and they were nice enough to offer me a free place to crash for a few days.

They live up in Bend, Oregon and since I opted to drive it made sense to leave as early as possible in order to arrive at a decent hour.

Up highway 101, onwards to highway 37, speeding through Interstate 5, and stuck behind wide Walmart truckers along highway 97, I cruised into Bend in about nine hours.

With a population of about one hundred thousand people, Bend sits in the dead-center of Oregon. Portland is about four hours away by car, and the climate there is classified as “high-desert.” The first impression one gets is damn, there’s a lot of trees here. With picturesque views of the neighboring Cascade mountain range, Three Sisters range, and Broken Top, Bend feels as if pioneers decided to start a society under the cover of endless forest. The Deschutes River serves as a slow flowing vein for town and the best way to get a proper orientation of geography is to summit Pilot Butte, which looms above everything like a natural fortress.

Kyle is a reporter for the town’s most accomplished newspaper (The Bulletin) and Charley recently opened a bakery called Brown’s Basics. They’ve called Bend home for about a year, and after visiting with them for two days I began to see why they opted to relocate there.

Besides being in awe about how green and lush Bend feels, another immediate sensation that this destination gave me was that the atmosphere was strikingly similar to my former home in Missoula, Montana. Walking around with a constant face of deva-vu, I was put into a state of familiarity as strangers would say “hello” to us on the sidewalk, roundabouts were as common as crosswalks, and everything that I enjoyed about Montana flashed like Instagram pictures of nostalgia.

Missoula has the majestic Clark Fork River, while in Bend there’s the vast flowing Deschutes River. Missoula is a craft beer town with eight micro breweries, and Bend is similar except in one can decide between twenty-two. Missoula has beautiful Caras or Kiwanis Park, and Bend has expansive lawns at Drakes Park. In Missoula folks like to summit the “M” trail, while in Bend a common form of exercise is to reach the top of Pilot Butte. East Missoula, West Missoula. East Bend, West Bend. Missoula boasts the iconic Brennan’s Wave, while Bend has the Bend Whitewater Park. Ski bums, yogi’s, kayakers, mountain bikers, and various forms of adventure seekers inhabit both these towns.

I feel like I’ve entered a parallel universe simply by writing these comparisons.

Anyway, back to the original story.

Kyle and Charley did a great job of trying to convince me to one day move to Bend. Some immediate memories of my stay with them included a visit to the Ale Apothecary to try a flight of delicious farm-house style beer, exploring through the halls of McMenamins Old St. Francis School Hotel in a quest to find a secret bar, and enjoying the back patio of Looney Bean coffee. We got to visit the horrible location of Silver Moon Brewing, take a stroll through the perfectly cut grass at Drakes Park, and take in the fresh air of Bend’s sunny downtown. Cafe Sintra, skyline views from Pilot Butte, Pine Tavern, tequila-infused pineapple at Hola!, rummaging through CD’s at Ranch Records, and casually bringing our own lawnchairs to Crux Fermentation Project were also some memorable highlights.

Another great moment was getting to try Charley’s amazing scones, dangerously good cinnamon rolls, and savory panini’s which were served on her homemade focaccia bread. All of these items can be found in Brown’s Basics menu, and if you ever find yourself in Bend then you definitely need to pay Charley’s new food cart a visit.

The journey back home to California happened sooner than I wanted. Kyle and Charley needed to go back to work, so it made sense for me to drive south and give them their living room back.

Packing my car, hugging these great friends in farewell, I felt a lot of joy seeing them find a place that truly makes them happy.

There was something about this town in the middle of Oregon that still left me filled with questions.

Questions like: Why are you so awesome? or are you tempting me to move here?

Maybe the next time I visit Bend the answers will be there waiting for me.

Thank you for showing me a great time, Kyle and Charley. See you guys again soon 🙂 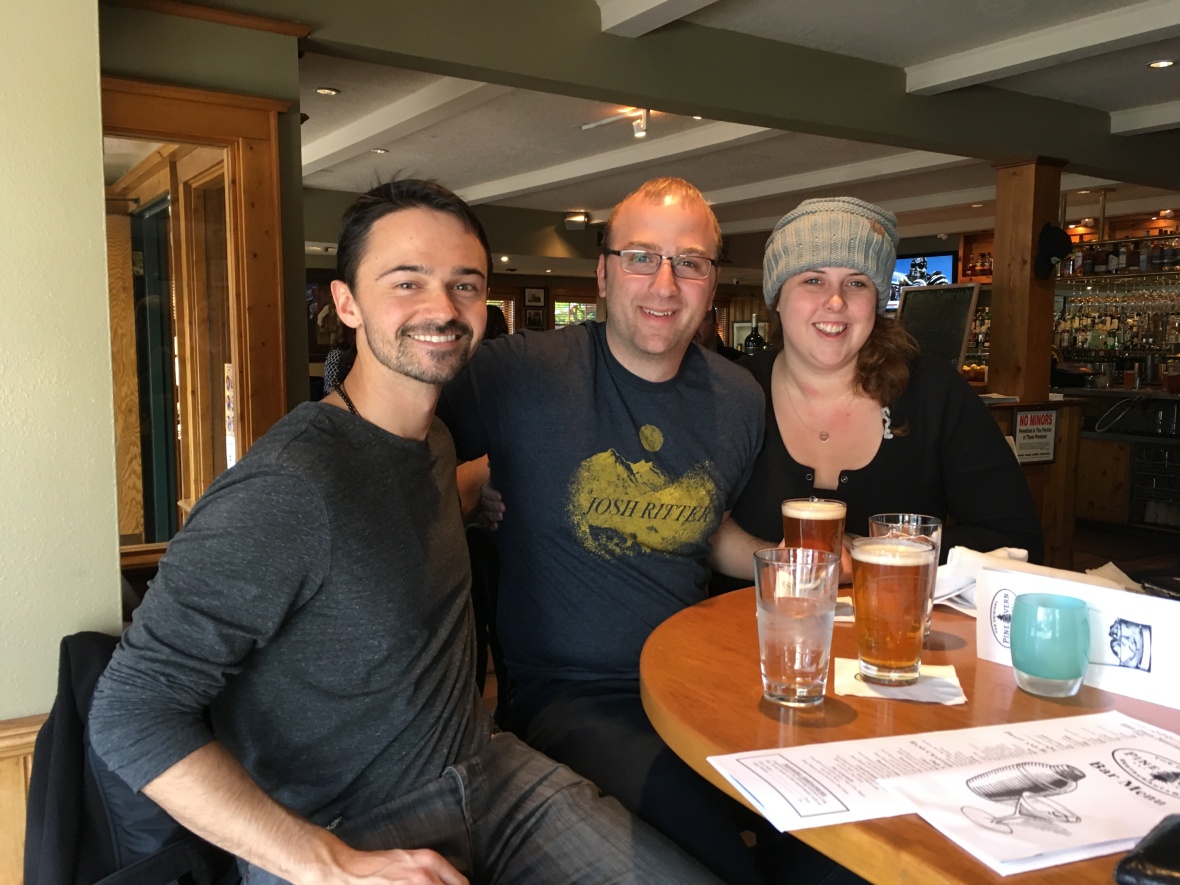