In the not too distant past I embarked on a nine day loop through a handful of cities in Spain.

The first stop was Segovia. 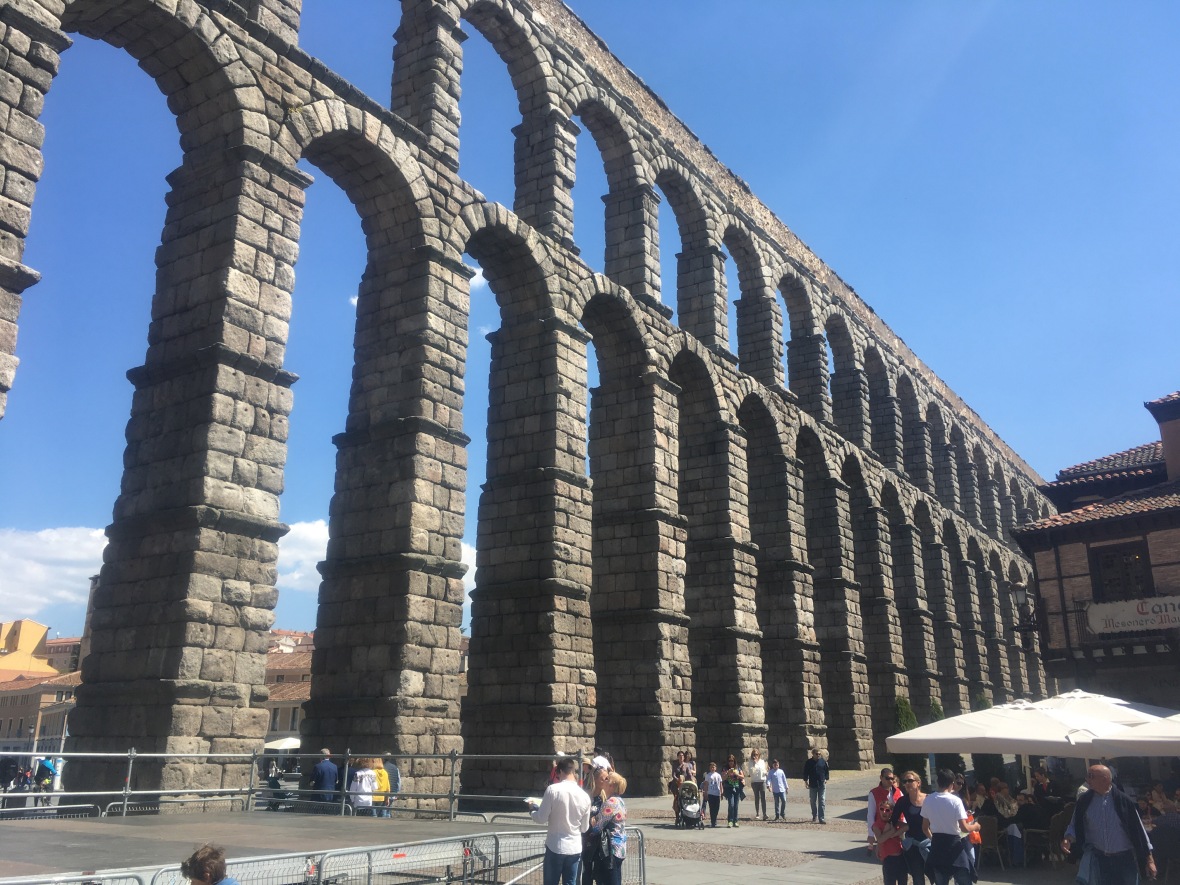 The Roman Aqueduct of Segovia

This medieval Castilla y León town of roughly fifty thousand inhabitants sits above the natural foundation of stone cliffs, between currents from the Eresma & Clamores rivers. Tall stone walls protect the old part of the city and standing guard above layers of ancient rooftops are towers from a gothic cathedral called Santa Maria.

Endless green hills can be seen sprawling between plots of farmland and in the distance one can see snow capped peaks from the Guadarrama Mountains.
A 6am BlaBla Car from Murcia to Madrid followed by a LineCar bus brought me to Segovia a little before one in the afternoon. Without stops it takes about six hours to get there from Murcia, the place where I currently sip inexpensive coffee on a daily basis. 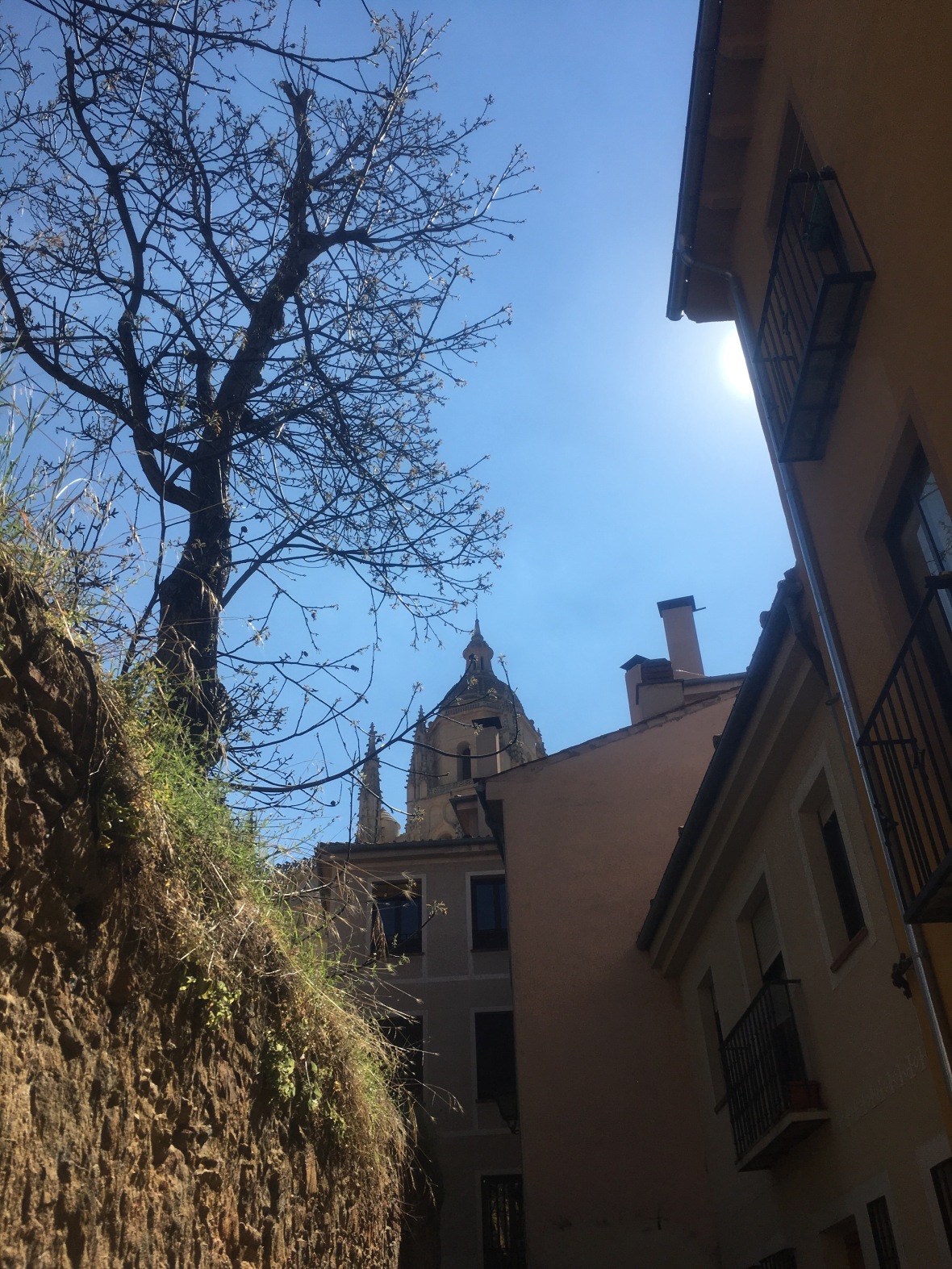 Friends who have been to Segovia  unanimously suggested it as a place to visit, and immediately upon walking into sunshine from outside the bus terminal I could easily notice why.

Three words about this place came to mind as I landed feet upon Spanish concrete towards the city center: old, walkable, and photogenic.

While searching for the address of the Airbnb that I rented, there were scores of other out-of-towners congregating in the streets taking pictures of not only the cathedral that was relaxing above us, but of everything. There isn’t a single thing in Segovia that isn’t worthy of an Instagram post.

After meeting Genoveva, my Airbnb host, I took a quick nap then ventured out to gain a better opinion of the town.

Genoveva’s Airbnb is affordable and has nice views
Segovia is as small as it is beautiful, and within about two hours I had accomplished my goal of taking a picture of early everything in the old part of town. As mentioned before, there’s a large cathedral that acts as the centerpiece for the old town. The most important site in Segovia is its famed aqueduct which was originally constructed by the Romans while they were ruling Segovia. Other points of interest are Segovia’s luminous Alcazar, Plaza Mayor where you can sit and watch tourists taking pictures of things, and a small but interesting Jewish neighborhood. Taking random streets one can discover beautiful and peaceful gardens, perfect for taking a moment to relax. As the town sits above tall cliffs, there are numerous lookout points where you can catch impressive views of the countryside. Mirador Del Valle del Clamores and Mirador Del Valle del Eresma both were my favorites. 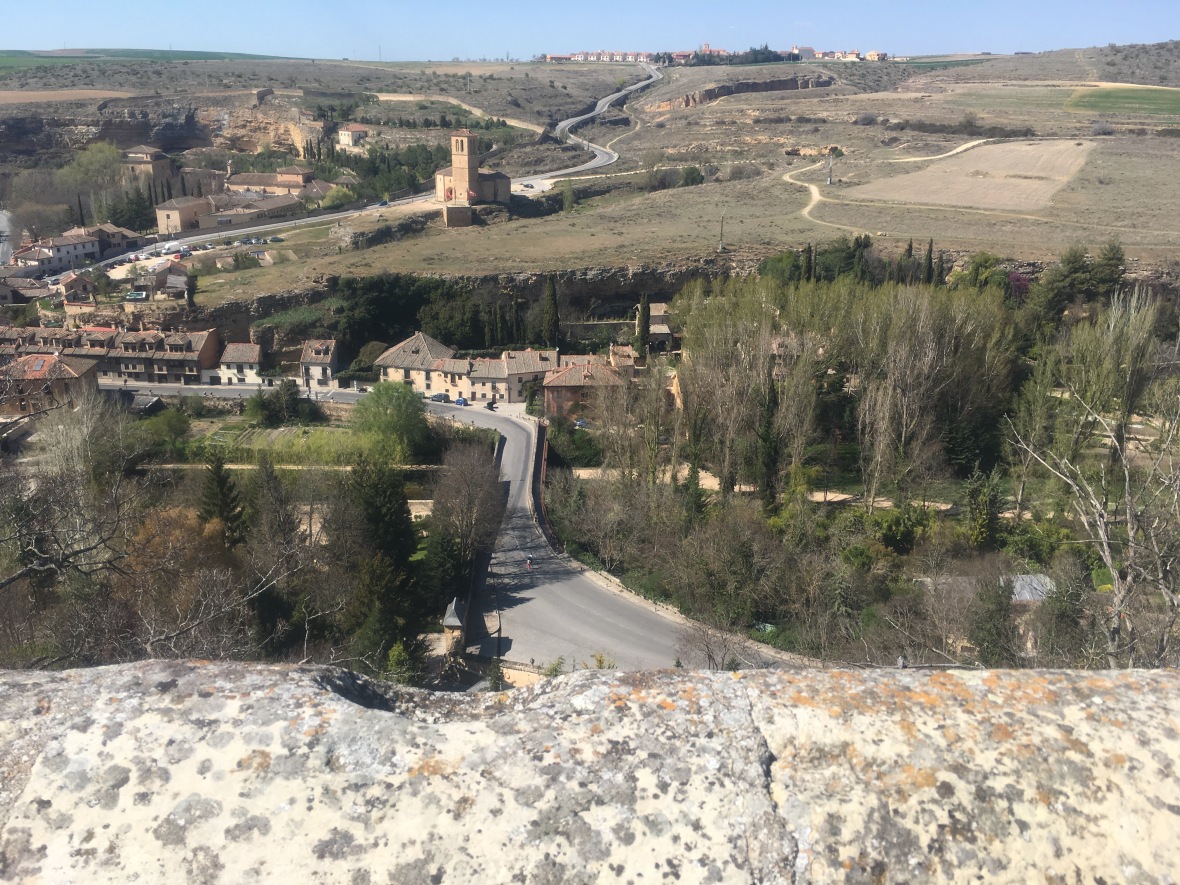 For taking a break to have a refreshing beer, I really enjoyed Bodega de Barben, which has a small open air patio situated upon a narrow flight of stairs. Bon Appetit was my favorite place to get a cup of coffee, and for a quick pincho the Meson Don Jimeno was ideal.

On Sunday I spent the entire day walking, however instead of repeating the same route from Saturday, I took advantage of the circuit of hiking paths that encircle the city. Passing a Jewish cemetery and through lightly forested hills, the views from some of the lookouts reminded me of being back in Montana which felt very nice. Two of my favorite parts of Segovia were located down in La Valle de Clamores: the tiny yet impressive Iglesia de la Vera Cruz stood watch in front of the city and El Santuario de Fuencisla was possibly my favorite place of worship that I’ve ever seen. Perhaps it was dehydration after walking for a couple of hours in hot weather, but a heavy sensation of inner peace was present as I sat down on a bench. 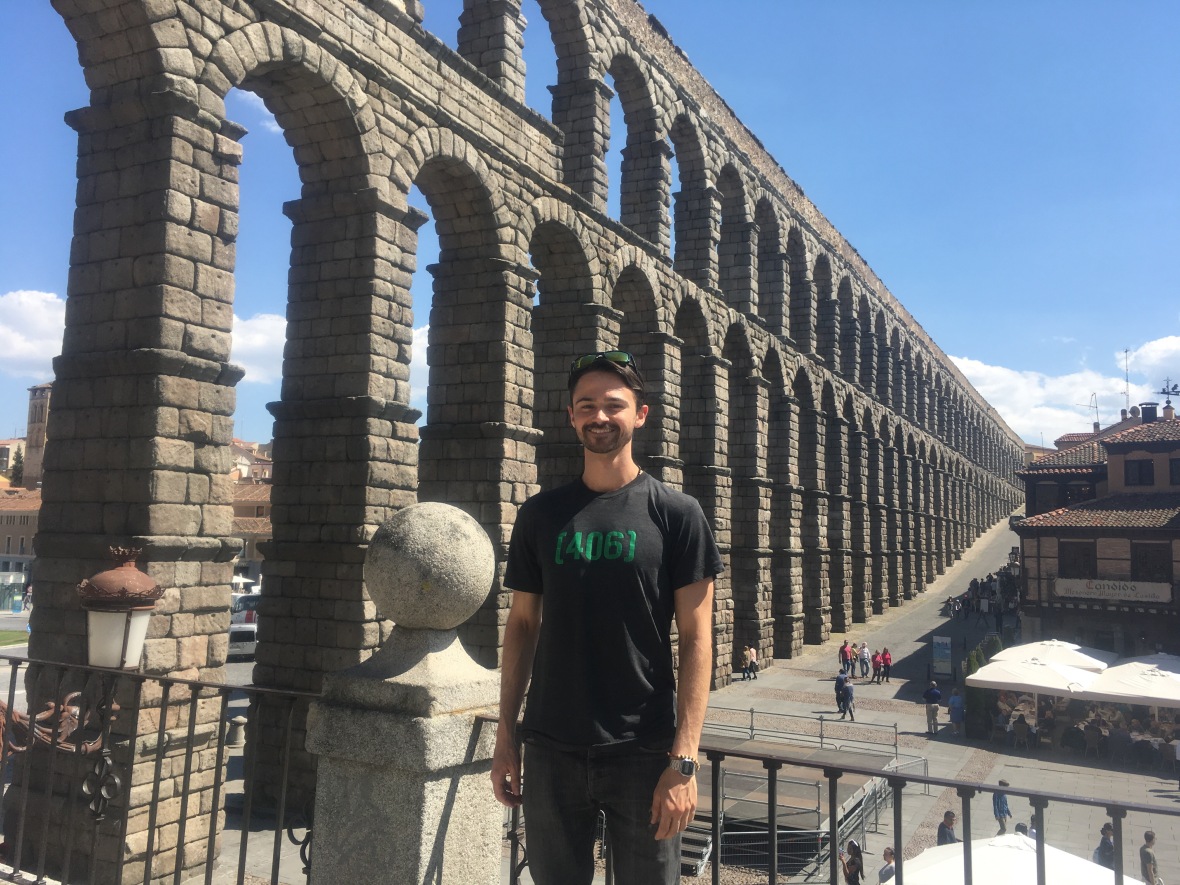 Overall I would highly recommend Segovia as place to visit in Spain. You could probably make it a day trip rather than a full weekend because there isn’t much nightlife nor is there much to do besides take pictures.

I wanted to try a few dishes that were typical in Segovia like el Cochinillo or Cocido, but the prices in each restaurant were inflated to make money off of tourists. Since I was on a budget it felt better to not overpay and opted to make some bocadillos at home instead. The money saved was immediately used for buying a bus ticket to my next destination: Gijon.

Thank you for reading this blog! Have a great day.

One Reply to “Segovia”