A little over a week ago I found myself in Lisbon, Portugal.

At 9:30am on Tuesday, October 25th an overnight American Airlines flight touched down in the Portuguese capital city. Fog and light drizzles greeted the plane as it screeched to an abrupt halt on European soil. Having not slept more than thirty minutes during the six hour flight from New York I followed with semi-consciousness a series of large signs to baggage claim then eventually to an adjoining metro.

Having never spoken a word of Portuguese before, nor having seen a Portuguese person in real life for that matter, navigating through the cities’ train system was stress-free.

A few metro stops past the airport and a seemingly forever long escalator later, I arrived at a major shopping district of the city called Baixa-Chiado which was only one block from Lisbon Poets Hostel. For the next three nights (October 25th until October 28th) I stayed at this relaxed, living room style backpackers.

I came to this city not really doing any research, but for the past few years it’s been high on my list for places to visit. Some really good friends told me that Lisbon shared quite a few similarities to San Francisco and for that reason I wanted to see this for myself. Another major goal of being here was to explore a neighboring medium-sized coastal town called Cascais. Cascais and my hometown of Sausalito, California are sister cities so for diplomacy purposes it felt necessary to say hello from the United States 🙂

The first and only phrase in Portuguese that I remember since last week was how to ask for a cup of coffee.

I don’t know how to say “hello” but at least my addiction can be satisfied. Thanks to Google I was able to find a great coffee shop called Fabrica Coffee. This would be my morning hangout for the remainder of my stay in Lisbon.

Lisbon, like San Francisco, is a waterfront city with a collection of hills that seem to never end. Every street feels unique however a wrong turn can cost you a severe calf work-out. One of the positives for so many climbing streets is that the city is filled with picturesque viewpoints for locals and visitors to take in a scenery of red roofs descending downwards towards the Tajo River.

Besides getting Fabrica coffee, I went for a hike along the waterfront towards Ponte 25 de Abril, a massive grey bridge that is a practical mirror image of the Bay Area’s Golden Gate Bridge. Lisbon’s version is a lot taller and longer, however the one in California is walkable and more Instagram friendly.

A series of vintage style cable car lines are scattered throughout various streets around the city center. Like back home, each cable car was filled to the brim with tourists and it didn’t seem like a worthwhile thing to stand in line for.

Lisbon is famous for a traditional style of music called Fado and a series of dishes ranging from Caldo Verde, Bacalhau, and Pasteis de Belem. I missed out on Fado and most of the food, however I did enjoy a few different glasses of vinho verde (green wine kind of like suav blanc) and dabbled in maybe the best rooftop bar scene I’ve ever experienced. Lisbon has dozens of loungy rooftop bars, restaurants, and cafes and only being in a couple made me want to become a future resident. Park Bar is a speakeasy style rooftop bar that is located on the top floor of a parking garage. Lost in Esplanada has a middle eastern vibe that offers affordable green tea.

As stated before, Cascais was a big reason for me coming to Portugal. A green line metro took me from Lisbon Poets Hostel to Cais Do Sobre, then a thirty minute train along the Tajo River had me in Cascais before lunchtime.

Having done zero research of Cascais, I decided to wander the streets in search of things that seemed similar to Sausalito. Both have palm trees, sunshine, and lots of businesses aimed at making money off of tourists. Sausalito has a great view of San Francisco, but Cascais offers immediate access to various beaches and along the waterfront percussion of an African band could be heard echoing off of the water. Everyone was speaking English and after one pint of Sagres beer I was buzzed by 1pm. Cascais is a beautiful town, just like Sausalito, and similar to where I grew up it felt right to leave after about an hour of walking around.

A great pit stop while in the area in Cabo De Roca, the most western point in all of Europe. A large stone cross stands over a series of cliffs and the only view one can see is limitless Atlantic ocean.

After three days in Lisbon I was ready to keep exploring more of Portugal, to learn the country’s native language, and to maybe move here at some point in my life.

Leaving Lisbon I felt very fortunate to have experienced it’s beauty and interesting culture. This won’t be the last time we get lost on a steep street together.

Have a great day wherever you find yourself in the world. I think you are pretty awesome 😉 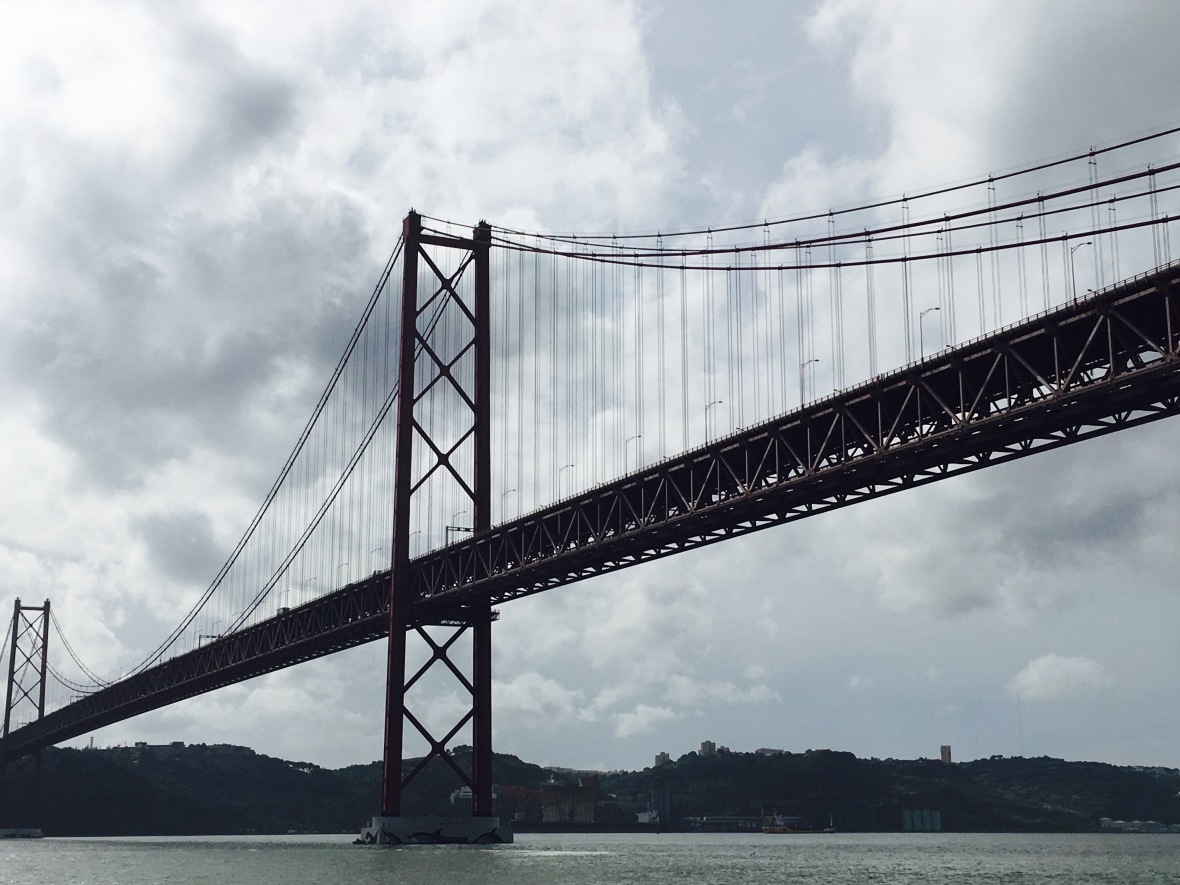 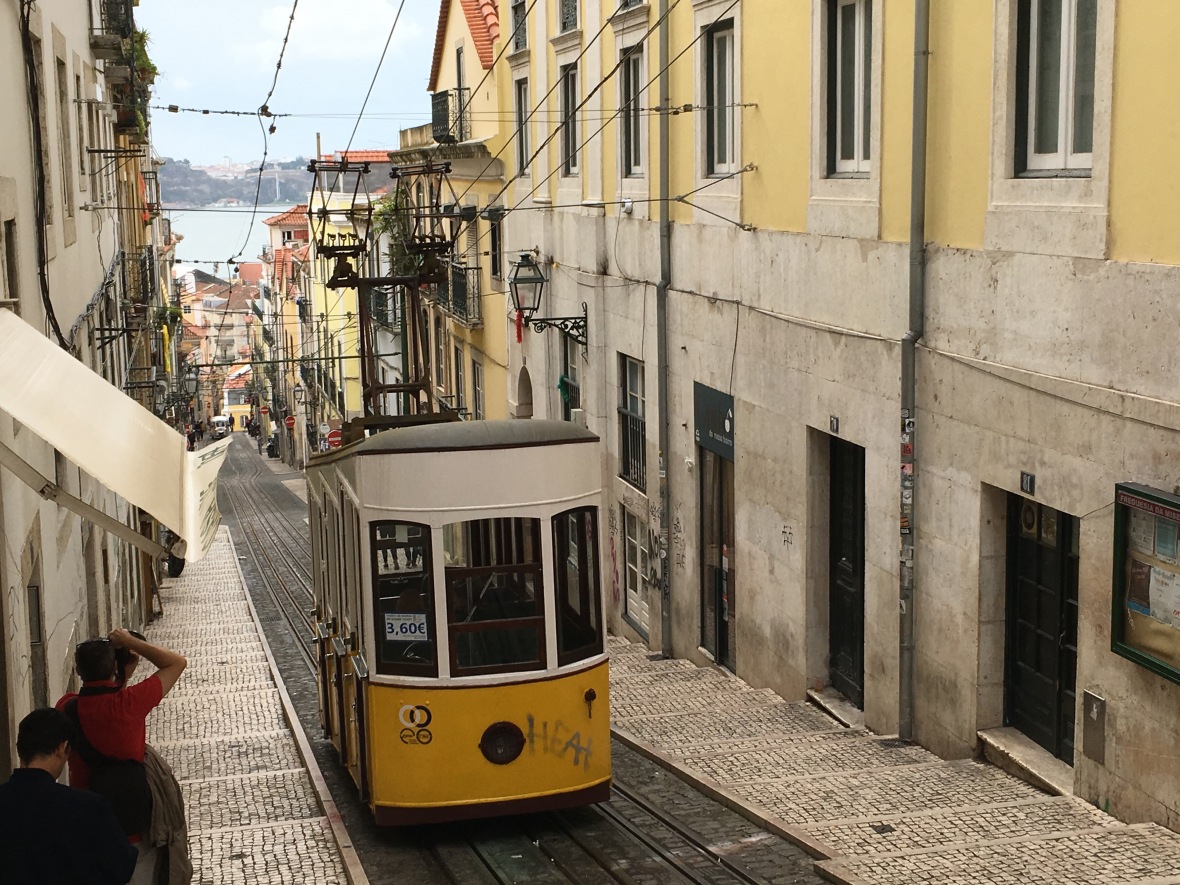 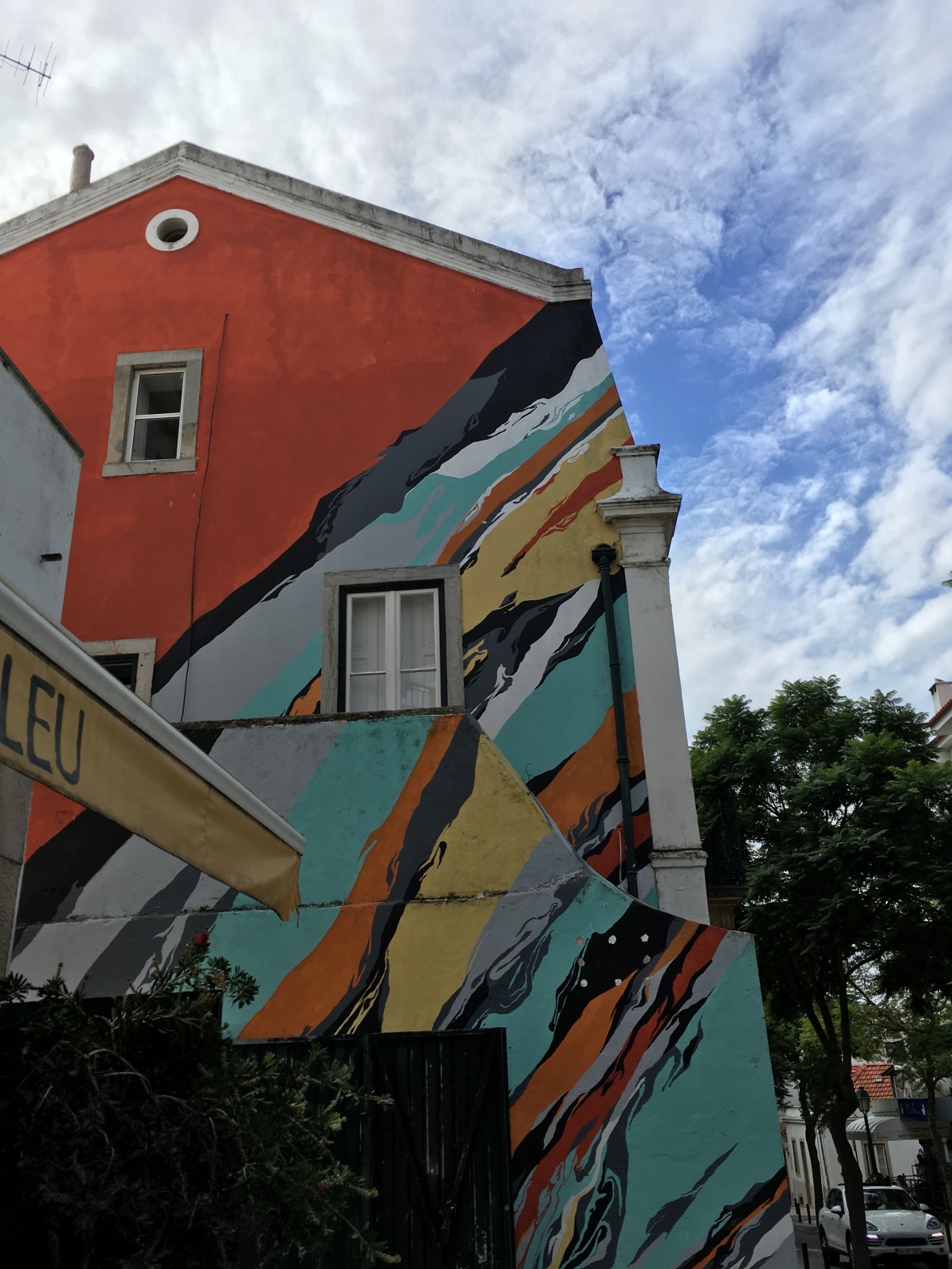 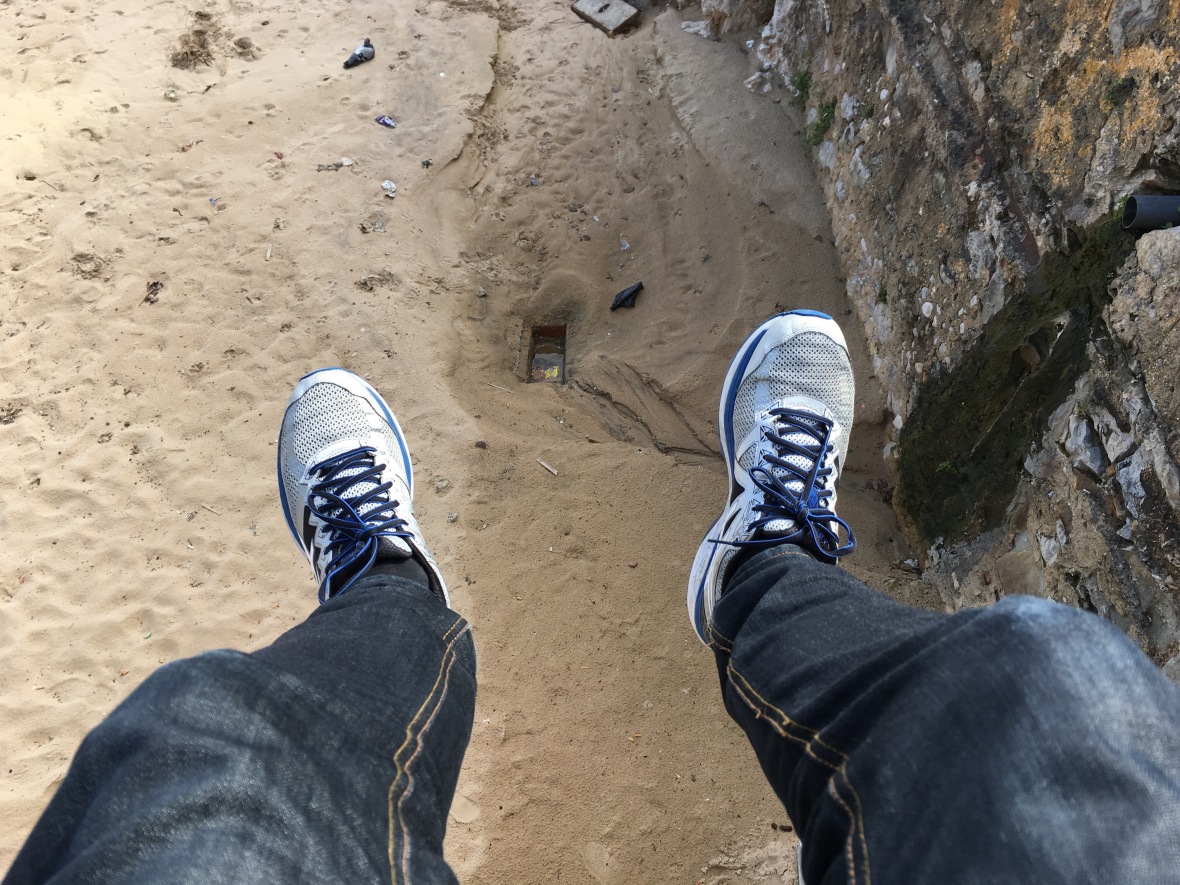 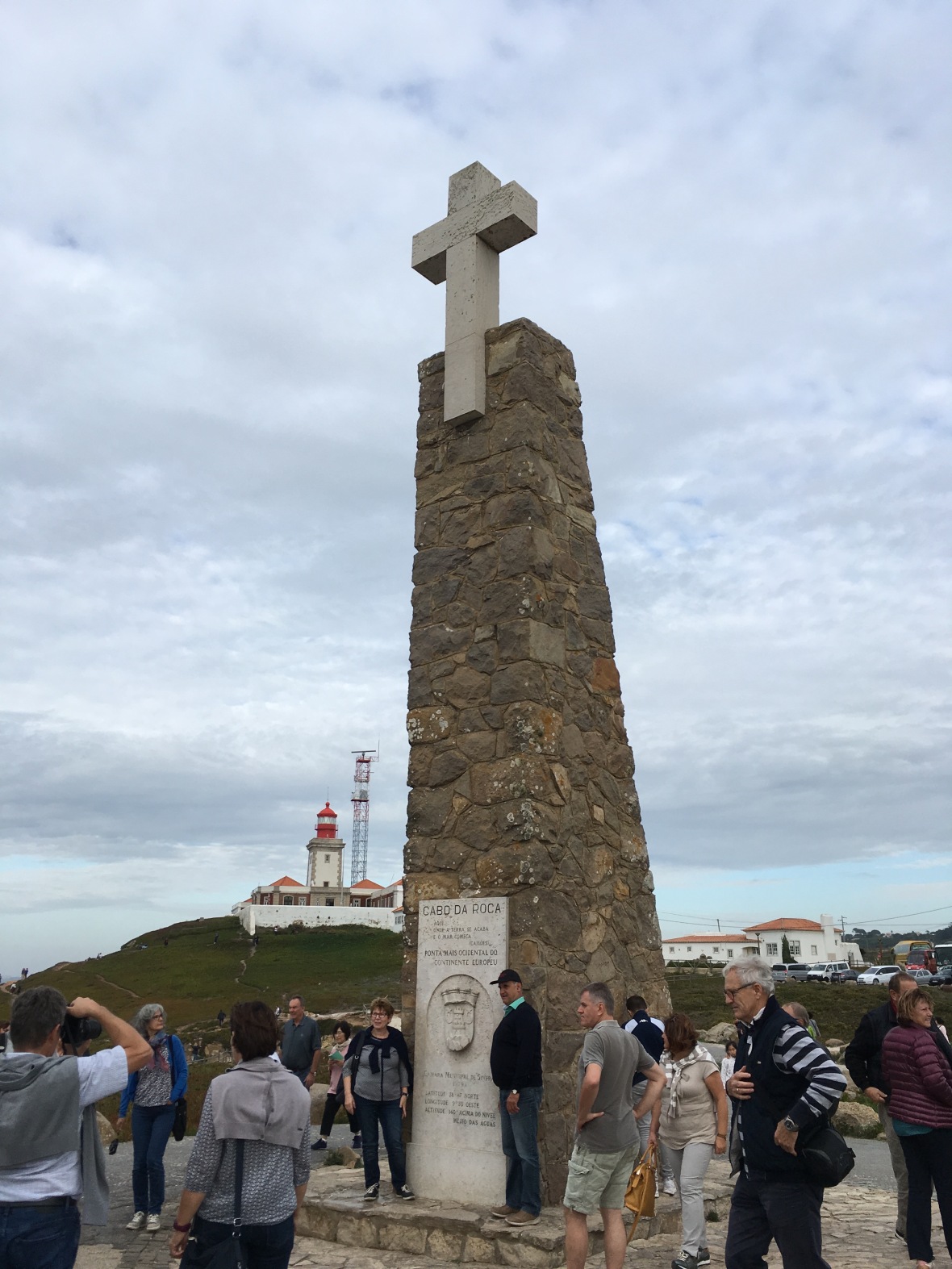 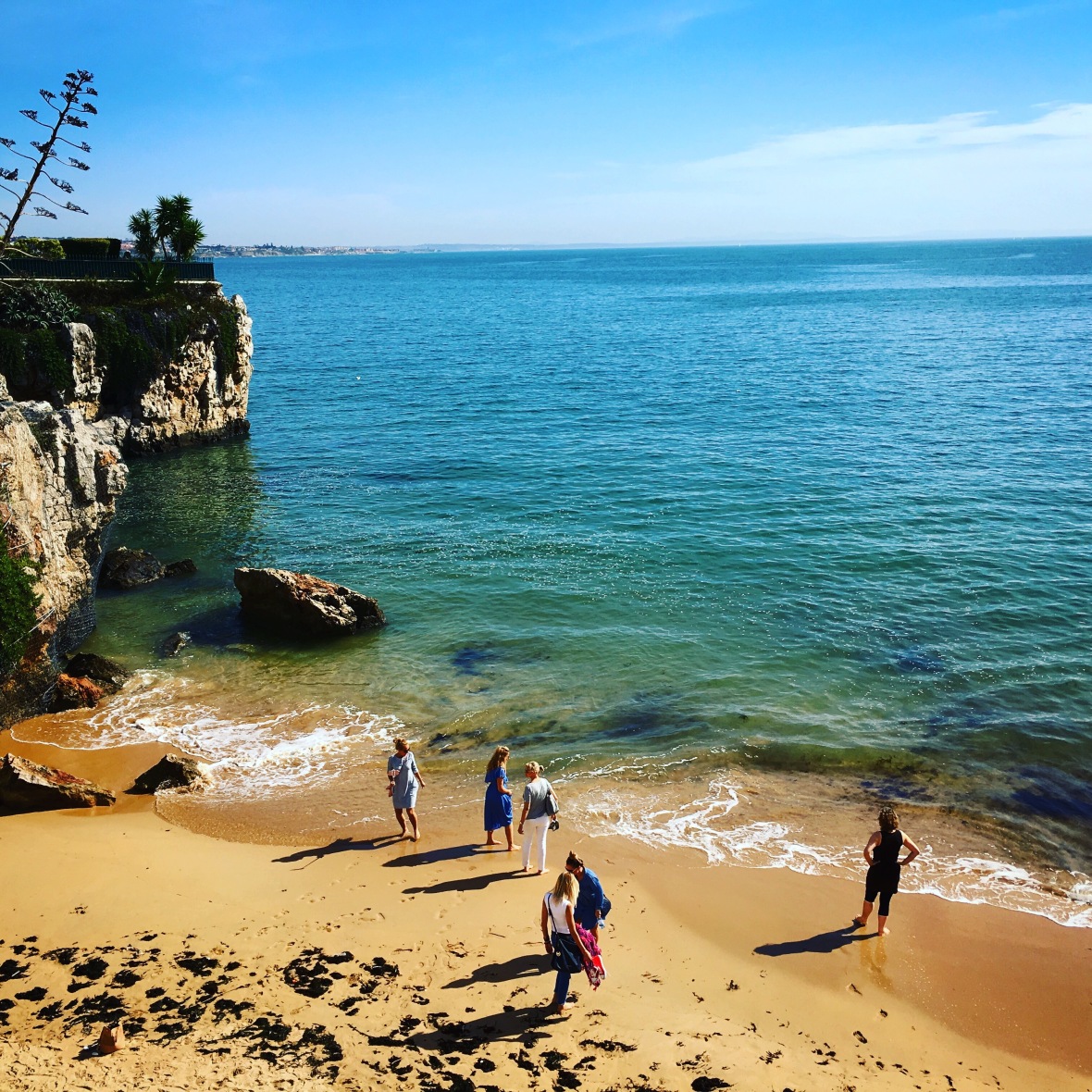 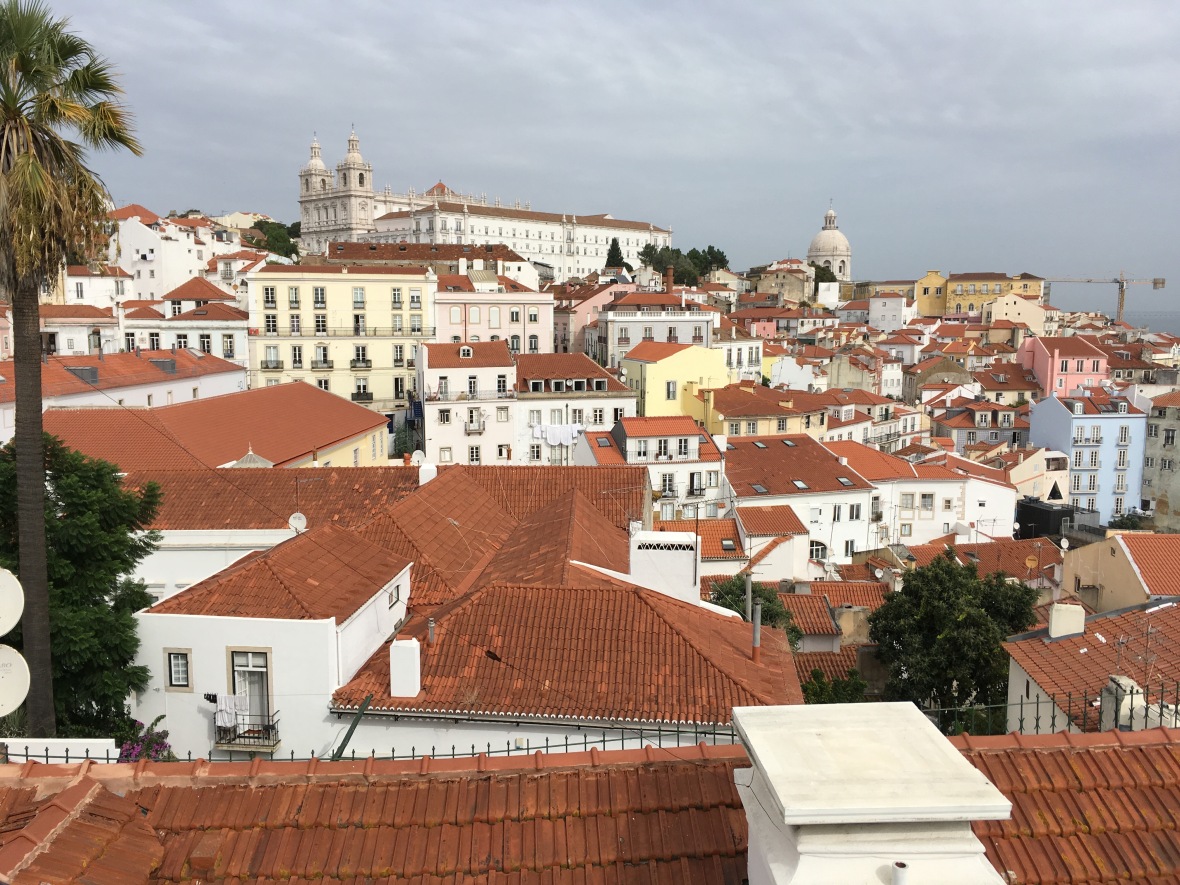 (one of Lisbon’s many viewpoints)